Department of Orthopedics and Traumatology, Brazil 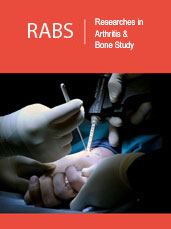 Dislocation of the knee is a serious event, often caused by a violent trauma. Patellar tendon rupture cases are described in patients with trauma and even with no trauma at all in some chronic systemic diseases. This is a case report of these two events together in the same patient. A 56 years-old man with rheumatoid arthritis had knee dislocation and patellar tendon disruption after a small trauma. Due to local cellulitis, the surgery was postponed. We decided to perform reconstruction of the patellar tendon only because of the patient’s comorbidity and because the knee was stable. The patient resumed his job after six months of physical therapy. In this report, we describe a very uncommon case of knee dislocation and patellar tendon disruption together. Although the surgery is currently the choice to treat knee dislocation, this patient had only the patellar tendon reconstruction due the rheumatoid arthritis. This very uncommon case, with a surgery treatment, reminds us to be always careful when examining a patient with knee dislocation. We should not forget to examine the patellar height.Keywords: Aquatic exercise; Arthritis; Osteoarthritis

A 56 years-old laborer with rheumatoid arthritis had a small accident in the work site, when he stepped in a hole. He had knee dislocation and a patellar tendon disruption. He was attended at the urgency in a hospital close to the work site, and he reported being punctured and immobilized with a plaster splint. The knee had already reduced spontaneously when cast was applied. He was transferred to our service two days after the accident, with radiographs showing the patella alta and no associated fractures or vascular injuries (Figures 1 & 2).

His case was reviewed and a Magnetic Resonance Imaging (MRI) exam showed injury of the Anterior Cruciate Ligament (ACL), Posterior Cruciate Ligament (PCL), the Medial Collateral Ligament (MCL) and Lateral Collateral Ligament (LCL), besides the patellar tendon disruption (Figures 3-5). During hospitalization, he developed local knee cellulitis that was treated with intravenous Ciprofloxacin for 14 days, after a positive culture for Staphylococcus aureus. In the period of recovery from infection, he was submitted to therapy to reduce edema and pain, and the knee became stable.

When laboratory tests results were normal, reconstruction of the patellar tendon was planned. Before surgery, the knee was stable, full passive range of motion was achieved, but the knee extensor mechanism was not functional. Surgeons chose, for the patellar tendon, the semi tendinosis tendon as graft, and used staples and anchors for fixation, taking into consideration the height of the patella, patellar rotation and path for the most correct fixation possible. The patient was discharged after two days. After six weeks using an immobilizer in full extension and without charge, he started physical therapy.

The patient remained in therapy for five months, when he was discharged with total active extension of the knee. Patellar height index evaluated in the radiographs was 1.08, by Caton-Deschamps index, and of 1.0 in the contralateral knee (Figures 6-8). The patient answered subjective evaluation questionnaires eight months and two years after surgery, which indicated increased KOOS (Knee Injury and Osteoarthritis Outcome Score), from 80.0 to 84.6; International Knee Documentation Committee (IKDC), from 80.5 to 93.3, and Western Ontario and McMaster Universities Arthritis Index (WOMAC), from 89.5 to 96. He was then able to resume the same work prior to surgery.

Knee dislocation is a severe soft tissue injury after a high-energy trauma. Knee dislocation itself is an unusual event in orthopedics [5]. We have reported a very unusual case of knee dislocation and patellar tendon injury in the same patient. The problem was probably caused by a posterior dislocation of the knee in a patient with rheumatoid arthritis. We found in the literature just a few cases of knee dislocation and others of patellar tendon disruption, however only one article reported these events together [4]. Some factors can cause tendon weakening, making it more susceptible to disruptions in mild trauma or even spontaneously. Advanced age causes a decrease in tissue perfusion and degenerative diseases can change collagen tissues (Figures 8-10).

Lupus erythematosus and the use of local infiltration with steroids also predispose tendon ruptures. Indeed, a few cases have been reported concerning bilateral lesion of the patellar tendon in patients with systemic diseases [3,4,6,7]. Knee dislocation is classified currently in relation to the position of the tibia on the femur [5]. In this case report, the patient had probably a posterior dislocation, however it does not fit into any existing classification because he also had, simultaneously, patellar tendon injury. There are few reported cases of dislocation of the knee and, therefore, few studies on its treatment. The surgical approaches vary and are controversial. Some authors are in favor of conservative treatment [8,9]. However, surgery seems to be a good choice [10,11].

In our case, the repair was delayed due to cellulitis, and surgeons chose for a reconstruction using a graft, due to the framework of the infection. The decision to reconstruct the patellar tendon only was because he was a 56-years old patient with rheumatoid arthritis and a stable knee, with full passive range of motion prior to surgery. This very uncommon case, with a surgery treatment, reminds us to be always careful when examining a patient with knee dislocation. We should not forget to examine the patellar height.

Written, informed consent was obtained from the patient for publication of this case report and any accompanying images.

© 2019 Rodrigo KP. This is an open access article distributed under the terms of the Creative Commons Attribution License , which permits unrestricted use, distribution, and build upon your work non-commercially.