From 3D Cell Culture System to Personalized Medicine in Osteosarcoma 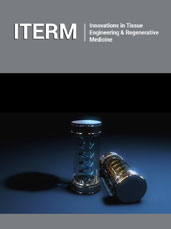 Osteosarcoma is the most common primary bone malignancy presenting typically during childhood and adolescence. However, few improvements of the survival outcomes for osteosarcoma patients have been achieved since the last three decades. Despite the rarity of the diagnosis, the complexity of tumor microenvironment and the genetic heterogeneity of osteosarcoma remain the major obstacles to understanding the mechanisms involved in tumor progression and metastasis, and to screening the pharmacologically active molecules for better drugs. Compared to the 2D cell culture system, 3D cell culture system is much closer to the in vivo physiological condition in tumor. Thus, 3D cell culture system could be a powerful technique to screen therapeutic agent towards personalized medicine in osteosarcoma.

Osteosarcoma is the most common primary malignant tumor of bone, which occurs most often in children and young adults between the ages of 10 and 20 during a growth spurt, while with a second peak in incidence in those over the age of 50 [1,2]. Localized osteosarcoma presenting in up to 80% of patients is amenable to cure, however, the outcome for patients with metastases, commonly in lung and other bones, is dismal unless surgery of metastases is feasible [3,4]. Although the surgical resection of the primary tumor is the mainstay treatment for osteosarcoma, the overall survival of patients treated with surgery alone remains low [5]. Neoadjuvant and adjuvant chemotherapies (cisplatin, doxorubicin and ifosfamide, or high-dose methotrexate) incorporated into many treatment protocols followed by surgical resection of disease triple the 5-year survival rate to 65-70% in patients with localized tumor [6-9]. However, due to the undetectable microscopic metastases at the time of presentation, up to 35% of these patients who have been successfully resected, eventually develop metastases [10,11]. Finally, the long-term outcomes for patients with metastases or relapsed osteosarcoma remained unfortunately unchanged over the past 30 years, with an overall 5-year survival rate of ~ 20% [12,13].

Osteosarcoma is not a common cancer with a worldwide incidence of 3.4 cases per million people per year [5,14]. Thus, the rarity of the disease itself is one of the obstacles to develop and conduct large scale clinical trials for osteosarcoma with novel therapeutic agents despite international collaborative efforts, both in children and adult patients. During the last two decades, intensive genome-wide genetic and epigenetic studies have been performed in osteosarcoma to understand the mechanisms for progression and metastasis [7,8,15]. Potential therapeutic targets including tumor suppressors, oncogenes, as well as histone demethylase and non-coding RNAs have been reported as their expressions are dysregulated in tumor tissues or cell lines [16-25]. However, few of these targets have been validated for phase I clinical trials due to the highly complicated genetic and epigenetic heterogeneity in osteosarcoma. Therefore, a better pre-clinical drug screening system is urgently required.

Since last several decades, in vitro cell-based assays have been widely employed in the drug discovery process, because they are simple, fast, versatile, easily reproducible and cost-effective as compared to animal models. Most of these cell culture-based drug screening assays are 2D monolayers of cells grown in plastic plates adapted for cell attachment and growth. Although these 2D cell models are still effectively used in some drug pre-clinical screening, more and more evidence reveal that they are not good models for certain diseases such as cancer, because lack of tissue-specific architecture, they cannot reflect the complex microenvironment for cells encountered in tumor [26,27].

Carcinogenesis is a complex and dynamic process including initiation, progression, and metastasis that also involves the tumor microenvironment (TME). The TME is composed of extracellular matrix (ECM), stromal cells (such as fibroblasts, myofibroblasts, neuroendocrine cells, adipose cells and immune-inflammatory cells), and lymphatic vascular networks [28,29]. It is reported to play an important role to direct functional differentiation of organs and dictate proper tissue function and structure [30]. Thus, to elucidate the TME becomes a critical key to understand tumor progression and metastasis and to screen anti-cancer agents. For that purpose, 3D cell culture models have been developed since the last decade and have been demonstrated to model the dynamic cellcell and cell-ECM interactions, and mimic the natural TME [31-33].

The main purpose of using biocompatible scaffolds are to help cell adhesion without modification [35]. The natural scaffolds used in 3D cell culture systems are typical components of ECM such as collagen, elastin, laminin, fibrin, gelatin, matrigel or hydrogels [36]. These biodegradable materials are derived from natural sources, like chitosan, silk, alginate, hyaluronic acid, heparin and chondroitin sulfate, and can promote cell interaction properties, adhesion and signaling. In addition, a synthetic scaffold, polyethylene glycol diacrylate (PEGDA) hydrogel, has also been used to encapsulate tumor cells [37].

As for scaffold-free systems, different techniques have been developed to favor spontaneous cell aggregation. In order to prevent cell monolayer formation to adhesive surface, liquid overlay technique has been used to form cell spheroids with special low and ultralow binding plates or traditional cell culture plates precoated with either agar/agarose or poly-HEMA [38-43]. Another most used and suitable system is called “hanging drop” technique. The conventional “hanging drop” technique contains two steps: droplets of fluid containing suspended cells are deposited on the non-adhesive lid of cell plates, then the lid is inverted over the plate [44]. With the gravity, the cells precipitate to the bottom of the drop and form the spheroid in each drop. More recently, commercialized Gravity Plus 3D culture plates make the “hanging drop” easier and more reliable and convenient, permitting long term analysis of 3D cultures following different treatment [45,46].

3D cell culture, a path to personalized treatment in osteosarcoma

Current in vitro 3D cell culture techniques indeed reveal physio pathological state of TMEs closer to the reality, and the data obtained are comparable to the in vivo models. Several reports have demonstrated that a higher chemoresistance was observed in 3D osteosarcoma cell spheroids as compared to the conventional 2D monolayer cultures, which is due to a reduction in drug permeability to the much more densified core of osteosarcoma spheroids, and is also associated with the TME which plays a physical barrier function [38,45,47]. These observations are highly consistent with the development of chemoresistance in osteosarcoma patients upon chemotherapy [48], which indicate that the osteosarcoma spheroids could effectively be used to evaluate the sensitivity of novel therapeutic targets to current chemotherapy.

Although prominent results have been obtained with spheroid models, they are mainly focused on the interaction between cancer cells and the ECM which could not completely reflect the complexity and heterogeneity of osteosarcoma TME. Importantly, one in vitro 3D vascularized tumor model has been established by combining the 3D osteosarcoma spheroids with the 2D endothelial cells and successfully created a vascular network [46]. Osteosarcoma is considered as a highly vascularized bone tumor with early metastatic dissemination through intra-tumoral blood vessels [49].

This promising vascularized spheroid model could be useful to screen novel targets against tumor vascularization and metastasis.

With the exponentially increased genomic information in the last decade and the new diagnostic and research approaches, such as 3D cell culture models, the term personalized medicine is now used to tailor therapy with the best response and highest safety margin to ensure better patient outcome (Figure 1) [56]. Although challenges are still presented for personalized medicine in osteosarcoma, today’s 3D cell culture models are the first step towards the automatic, high throughput and standardized 3D spheroid or organoid platforms for pre-clinical drug screening systems dedicating to personalized medicine.

Figure 1:Global approach from 3D cell culture system to personalized medicine in Osteosarcoma. Strategy: After Incisional or liquid biopsy, cells are cultivated in 3D well-organized spheroids (organoids) and then several chemotherapy drugs can be screened. The best candidate will be selected to treat the patient.

The authors would like to thank “La Fondation des gueules cassées” for the financial support.

© 2019 Guoqiang Hua. This is an open access article distributed under the terms of the Creative Commons Attribution License , which permits unrestricted use, distribution, and build upon your work non-commercially.