School of Finance and Mathematics, China 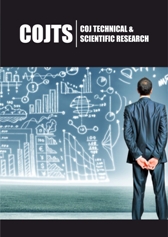 A fuzzy soft image of a fuzzy soft set ( f , A) under mapping g~ is defined as follows:

A fuzzy soft inverse image of a fuzzy soft set (k,C) under mapping g is defined as

Remark 1: The definition mentioned above, actually, is a kind of improvement of 3.2 definition in document [13].

© 2019 Jingshui Ping. This is an open access article distributed under the terms of the Creative Commons Attribution License , which permits unrestricted use, distribution, and build upon your work non-commercially.