The Role of Angels in the Israeli Innovation Ecosystem 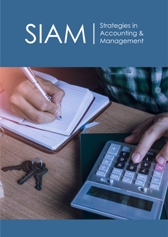 What is the contribution made by angels to the Israeli innovation ecosystem? A study conducted recently addressed this question. The State of Israel is considered to be a Startup Nation. Out of 131 countries, Israel ranks 13th in the 2020 Global Innovation Index (GII) [1]. One of the factors that contributes to Israel’s innovation ecosystem is its developed venture capital industry [2]. The venture capital industry is relatively young in Israel. It was established in the early 1990s with government support for a program of private-public participation through the YOZMA (Initiative) enterprise. The program was highly successful, and from a situation where there were almost no venture capital funds in Israel, Israel was ranked in 2020 according to the GII index [1] in 5th place in the world in venture capital per capita out of 131 countries. The presence of venture capital funds, in turn, attracted additional risk capital entities to Israel, including strategic investors, CVC (corporate venture capital funds) of global companies, private equity funds, as well as private individuals called angels. Angels are private investors who usually invest in the early stages. In Israel, as elsewhere in the world, there are relatively few studies that focus on angels, despite their important role in creating new ventures-they are a link that bridges the Death Valley when entrepreneurs have an idea and face difficulties in raising money from venture capital funds and from other financial entities.
At first, angels were mainly financial investors who invested in startups even though it was not their expertise, and their contribution to the new companies was mainly limited to the financial aspect. As the Israeli high-tech arena developed, Israel became a hub for innovation, characterized by the large number of startups that are created each year, high rates of startups that succeed and are acquired by multinational companies for astronomic prices, and high rates of successful IPOs (Initial Public Offering). For instance, in 2018 Israel had the third most companies listed on the Nasdaq, after the US and China [3]. In addition, Israel has become an attractive location for multinational companies to establish their R&D centers and employ talented Israelis. Many of these individuals, whether they were senior employees in startups or multinational companies, or the entrepreneurs themselves who established the startups, themselves accumulated wealth-and a new type of angel was created in the country. The new type of Israeli angels are individuals who have acquired knowledge and experience in the high-tech industry in addition to attaining financial wealth. They are professionals who make a valuable contribution to the ventures in which they invest as well as to the ecosystem of innovation in general. In a research study that we conducted, we found that these new angels, although they have become rich and seemingly no longer need to work, continue to want to take an active part in the Israeli innovation ecosystem. They are not people who got rich and retired-on the contrary, they are looking for channels to continue to be involved in entrepreneurial and innovative activities by providing not only financial resources but also their expertise, knowledge, and networking.
In some cases, The new generation of angels establish startups of their own. In other cases, they invest in other startups.
In both cases they provide smart money-in addition to financial resources,
They provide knowledge, information, access to additional resources, expertise and networking. Some angels establish venture capital funds or join an existing venture capital fund as partner and contribute to the innovation arena through their fund. Some of the angels invested individually and independently. However, it appears that in many cases the angels invested along with colleagues they know (one or more). Angels find investment deals through personal connections, friends and business associates, and some have become a crossroads for investments-likely giving the venture the credit in the community.
In many cases the new generation of angels is making more than one investment in startups. According to the IVC database [4], half of the angels between the years 1997-2020 made up to 5 investments, and half more than that. It was found that some of them are serial angels (based on Start-Up Nation Central database) [5], making more than 15 investments. Among the serial angels-46% of them made an exit with the companies they founded before they became angels. Another contribution of the angels is through monitoring and consultancy services. A significant proportion of angels are also voluntarily assisting entrepreneurs as mentors through different frameworks, such as accelerators and university programs. It can be concluded that angel investors in Israel are making an ongoing and significant contribution to the innovation ecosystem. This phenomenon can be described as a circle that feeds itself [selfperpetuating circle]-an entrepreneur and veteran in the high-tech industry can make an important contribution to the development of the innovation ecosystem in Israel.

© 2021 Dafna Schwartz. This is an open access article distributed under the terms of the Creative Commons Attribution License , which permits unrestricted use, distribution, and build upon your work non-commercially.